If you’re at all familiar with the world of Bluegrass music, then you’ve certainly heard of Terry Baucom. Humbly beginning his musical journey at the age of 10 in Monroe, NC, Terry played with his father in a local band, The Rocky River Boys. His career continued as a founding member of many ground-breaking and award-winning bands including Boone Creek, Tyme Out, and more.

Animink – a Full-Fledged Web Design Company
Animink, a website design company out of Charlotte, NC, was contacted to create a site that would assist in presenting the most current information about Terry’s career via his official website. 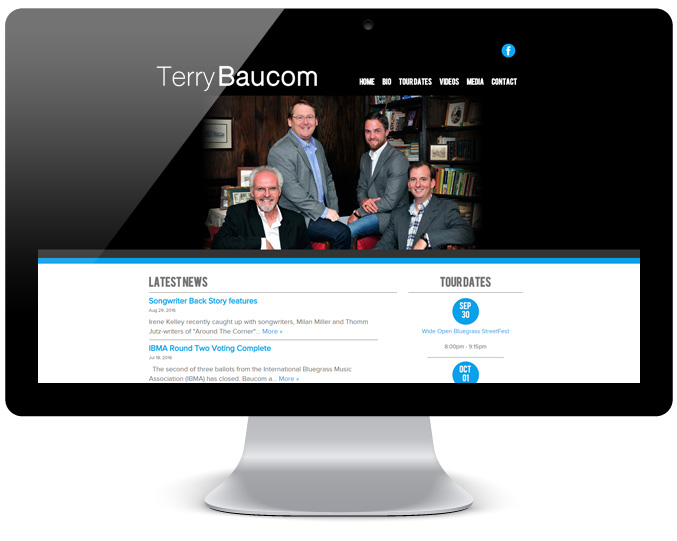 Terry currently is on tour with his own band “Terry Baucom’s Duke of Drive”. His most recent single, ‘The Rock’, finished 2015 as Bluegrass radio’s most played song on the Bluegrass chart. In addition to playing banjos, Terry also has his own signature model banjo produced by Deering Banjos, while the Dunlop company offers Terry Baucom custom sets of banjo strings.

If you’re an artist in need of a web design company, reach out to Animink today.